So this year I had rather big drama observations than last year. 2017 was amazing, c-drama-land had seen such a great dramas like Ten Miles Peach Blossom (OMG I can re-watch the drama constantly and it’s still not enough for me), Lost Love In Time and maybe Princess Agents a little bit (It was mess but badass ZLY kind of saved whole drama). 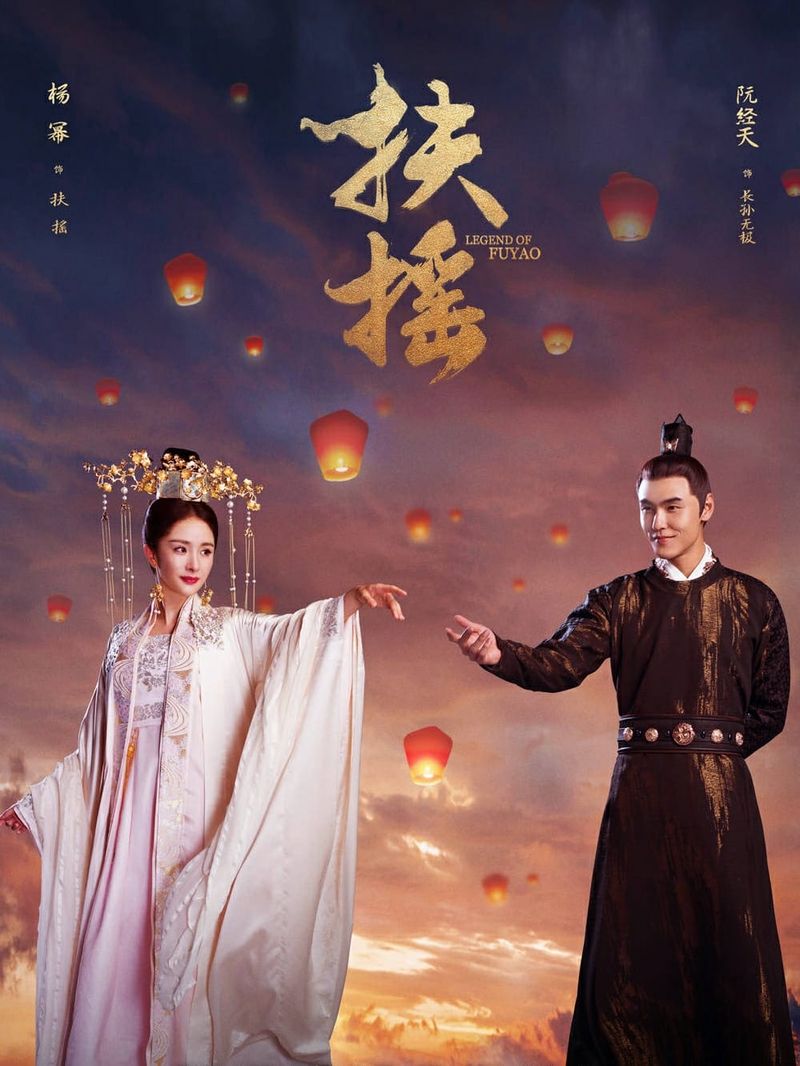 This drama legit made me addicted. I think I had the same effect I’ve got from Ten Miles Peach Blossom. The story kept me tight up till the end. I was too much emotionally invested in whole watching process to the point that I got anxious in some moment in drama that were quit intense.  Dresses, seating, special effects and OST are all on point. Characters are good developed. I’m not saying great because  they could developed female lead a bit more but producers decided to focus more on male lead which was kind of disappointing. Ethan Ruan is amazing!! My heart was stolen by Mark Chao and now it re-stolen by Ethan. Oh Gosh, he is a perfect combination of hotness and cuteness, and he is great actor too. I’m a officially a member of his fanclub haha. Yang Mi was amazing as always I don’t have to say a thing =)

Ashes of Love aka 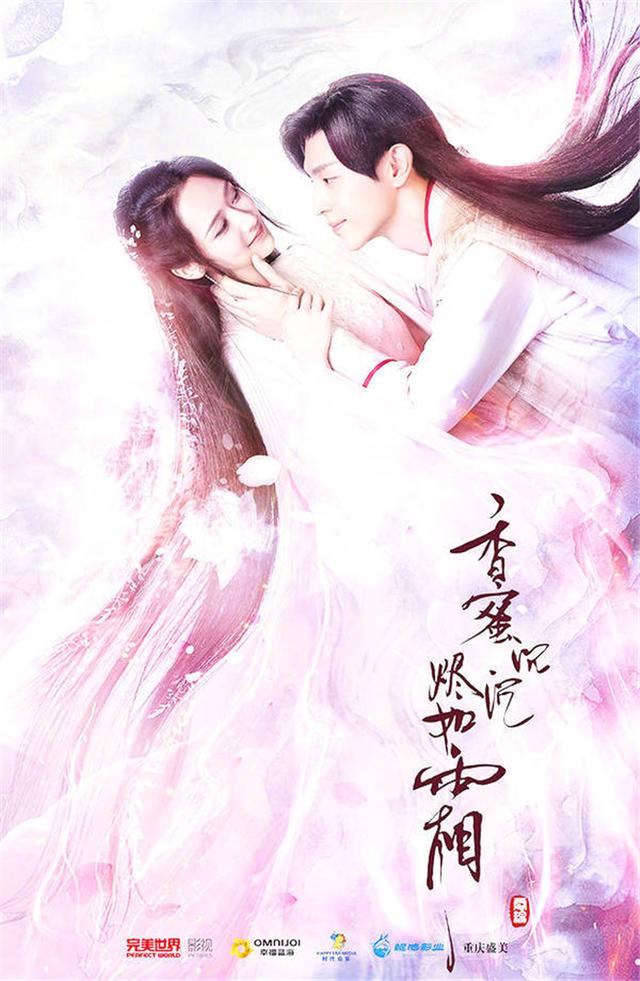 Heavy Sweetness is my favorite novel and I love it very dearly thus I was exited for drama announcement. At first, cast makes me less exited. I didn’t see Yang Zi or Deng Lu as main leads, more over character posters made me realize it gonna be loosely based on novel which actually happened. I was disappointed but not surprised. Anyways I got used to Yang Zi and Deng Lun as leads. Even though, the story was very different and shifted back and forced, I enjoyed their OTP interaction. That’s pretty much the only thing that saved drama. Also I liked  the ost very much. So I would give 5/10 to this drama. 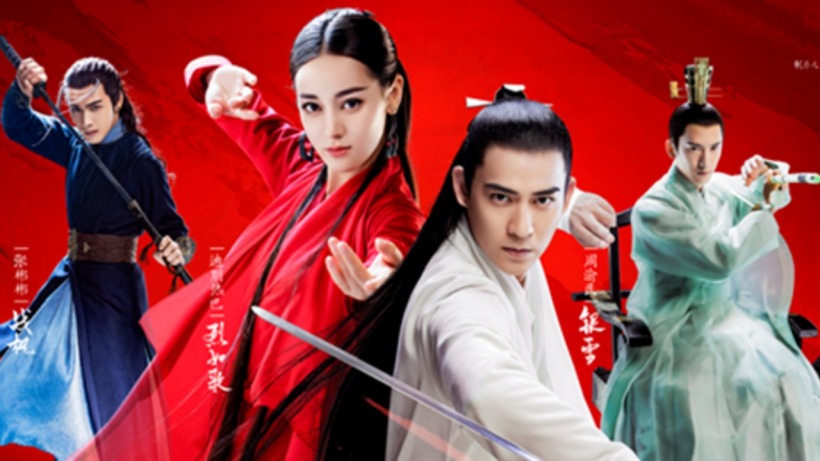 Well, the trailer was promising but drama didn’t met my expectations. Honestly I didn’t even had expectations. It was just boring. I learned out some spoiler from novel and that just killed my interest. Though I watched some episodes from beginning to the middle and some from the ending to convince myself how draggy drama is. I absolutely didn’t feel the charters. They are just blunt. 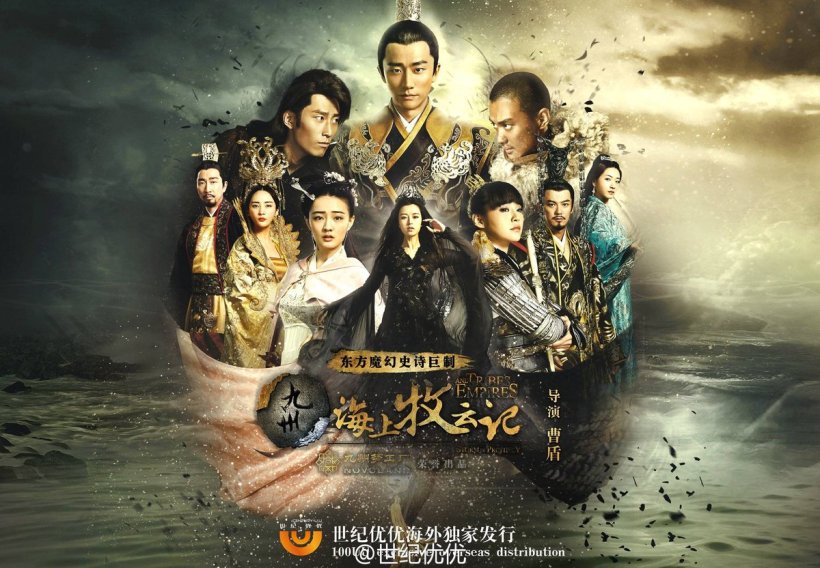 Ummm, I don’t know… You know what I really want back the time I wasted on this series. Yes, i don’t know what to say. I mean I would rather prefer bad production values and better story than amazing costumes, special effects and completely non-existent plot development. What was the point of stretching individual story lines of secondary charters for 10 episodes instead of giving more screen time to  main leads. And I don’t understand the ending. What was that? What happened? Why living story on a cliff hanger at the end if there in 0 intention of sequel? This the worst drama of 2018.

Also I started RuYi’s Love in Palace but it got super violent and I just dropped that on 10s episode. I guess palace dramas with battling concubines are not my cup of tea. Not gonna lie they are beautifully screened but it is hard for me to handle realistic violence, which is a lot in Ru Yi.

I think there won’t be any  other interesting  drama for this year so far. I’m waiting to check Legend of Ming Lan with Li Ying which i guess will be aired only next year, and 3lives 3worlds Pillow Book with Dilireba and Vengo Gao which must be is still in production.

This year weren’t much interesting in c-dramaland. I started many dramas but unfortunately only some of them are happen to been watched till the end.

The winner of this year is definitly Wei Wei’s Alluring Smile ( Love 020). I was addicted to this drama and watched all episodes without any rewind. It was really hilarious, sweet and often very cheesy drama, but since story was quite light and lack of drama I could delightfully watched it till the end with. 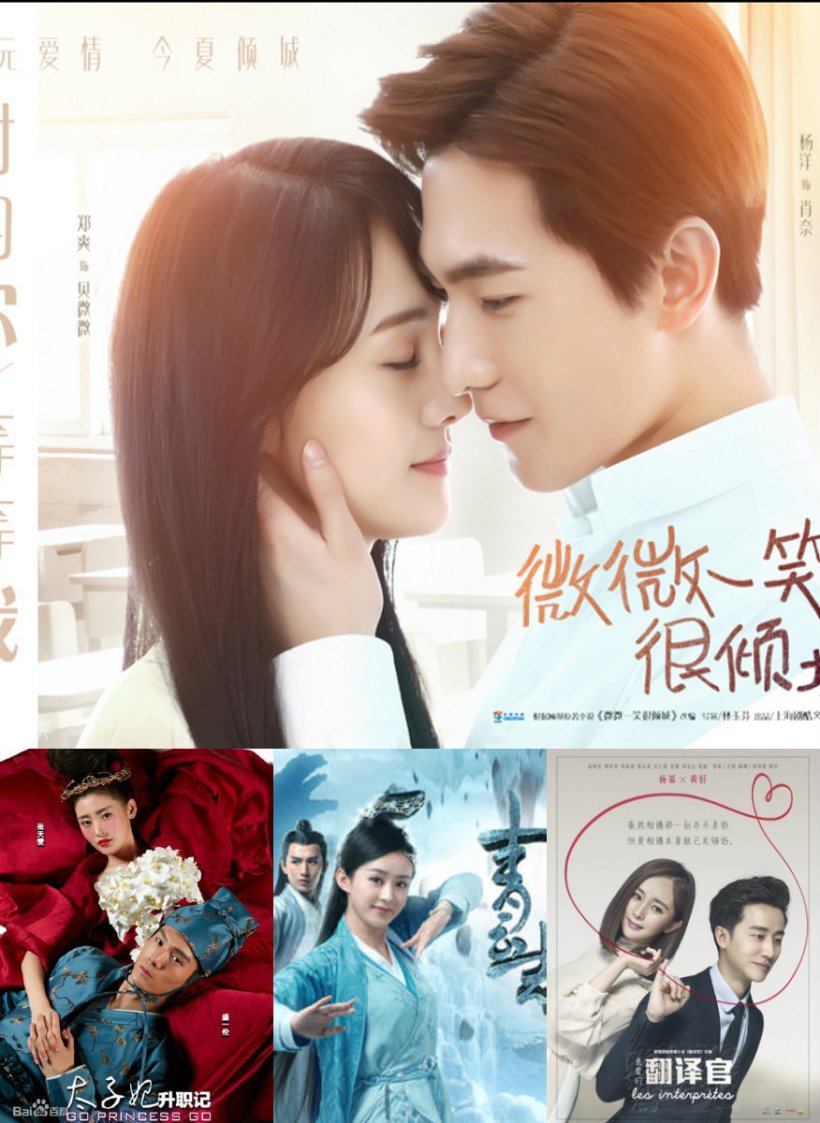 Les Interprets. I miss Yang Mi in dramas and cause it is her first drama since LOTAS I was very exited for that. I really like it despite the fact that I had to drop it. Their no mercy relationship was my favorite part of the show.

Go Princess Go. There wasn’t a moment when I didn’t laugh my *ss out  cause there is no other way of watching this drama. I like all characters and story-line kept me fresh during entire series.

Zhu Xian, I would be happy to make a long post about this drama but it’s kind of late and it was a while since I stop watching it. At the beginning when production team gave out announcement about drama I was suspicious. There were huge media-games before production and all that brought uncomfortable feeling. Too much pointless hype I would say. That I of course got curious, ZLY in main cast how can i miss it. This drama was an “expected disappointment”. I knew that it wouldn’t fulfill all that hype that was created before realize and It was already known what will happen with main leads. Plot was very week. Honestly if I watched it only because of Liying. If she hadn’t been there I wouldn’t even bothered myself to watch it. Such a waist of time. Majority of episodes I skipped because some story-lines were dragged out for episodes that was impossible to watch it if the main lead is poor developed. Yeah Xiao Fan is awful characters and even though I like him with my baby Bi Yao, separately he just miserable. 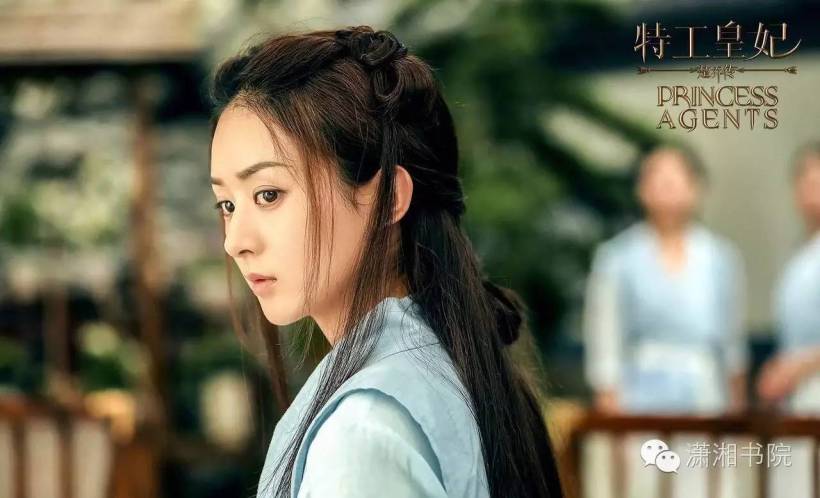 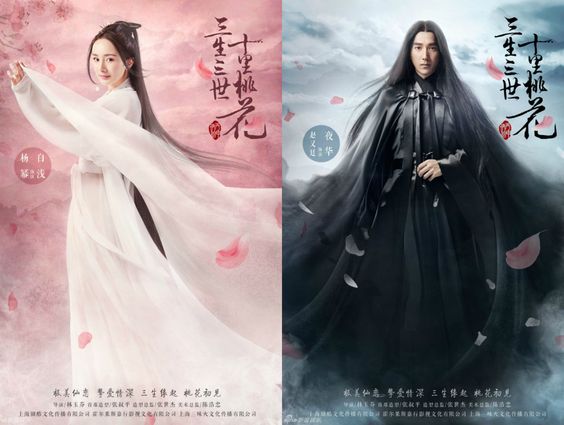 Tribes and Empires I’m really impressed by trailer and posters. 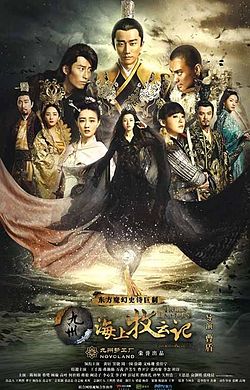 Once Promised.I  like novel and cast seems to be very suitable. Finally I will watch some decent drama with Victoria after numerous crap she was forced to shoot. 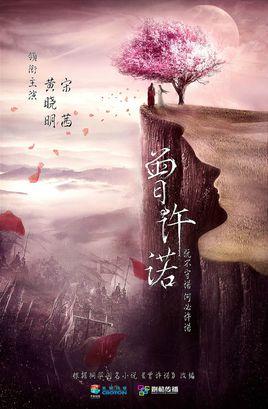 So I hope this watch-list won’t disappoint me, here we go!

I finally finished this hurtful drama (not so hurtful as Hua Qian Gu was) and it is time for final thought!!

I was waiting for this drama right after HQG ended, to see Zhao Li Ying in new role which was quit promising. Practically I watched it only because of Li Ying and if not her I would probably pass it. Well, story is not fresh, and simply very familiar to LOTS but not even worth to be compared with. I like the setting, Li Ying’s clothes and ost so far. Ost is brilliant and deserve a Grammy. Plot was not perfect but I endured this drama till the end and I have no regrets. Despite the fact that story was  predictable and there were a lot of minuses,I quit enjoyed  this series.

So about characters, sadly I don’t have many favorite characters in this show only a couple:

Yu Wu Xin, my favorite character and the only reason why I didn’t drop this drama. She was perfectly arranged and perfectly performed by Zhao Li Ying. I very sympathized her during whole show and she never made me bored or annoyed. Badass, wise  and very kind and fragile at the same time.

Lu Pao, badass father of his badass daughter, hateful and vicious leader of  evil clan. He is very mean and cruel person but I like him, he is the only interesting and  deep character of the series.

And Bai Cao, one of the elders of Mt Zhu. I just like this kind of sassy old-man characters with sharp tongue lol.

The rest of other characters was either annoying or boring. Ding Yin, male lead, was so poorly developed and entirely blank that I didn’t shad  a tear when he died in the end. or maybe William Chan’s acting was weak that why his character was  blushed? I don’t know but lead character left me indifferent.

Other problem is to much love-shuffles. Why Ding Yin being righteous couldn’t stick with one girl whom he truly  love and didn’t run between two heroines ? I was so pissed and disappointing that he broke Yu Wu Xin’s heart after all that they went through! It was so unnecessary and made Ding  Yin be true asshole.

According to final scene there is a hint of second season, which I don’t think I’m going to watch. Better finish on this point.

The drama didn’t become my favorite because plot wasn’t much intensive and was luck of dynamic but I was curious how plot will be solved. I like beginning  and ending episodes, they hooked me, but middle I would cut, there were many random fillers which took too much screen-time . Ending was predictable and kind of similar to Legend Of Ancient  Sword’s so  I wasn’t so sad. 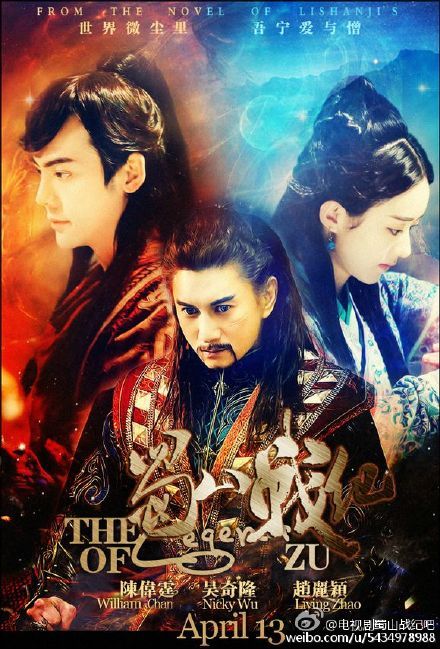